Here is the tree decorated:

We went with silver and gold this year. We had a GREAT time decorating the tree and the house while watching Rudolph the Red Nose Reindeer, Santa Claus is Coming to Town and The Santa Clause! It was a fun and special night!

Posted by Unknown at 9:51 PM No comments:

It's Christmas time again! My favorite time of the year. We picked out our tree at the Elgin Christmas Tree farm, a family tradition going on 7 years now, and brought it home. Here we are picking it out: 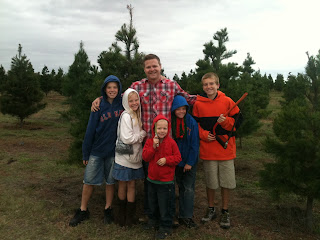 We begin putting on the lights tonight. Here is the tree before we dress it up:

Merry Christmas and Happy Holidays to everyone!

Posted by Unknown at 1:58 PM No comments:

From my family to yours: 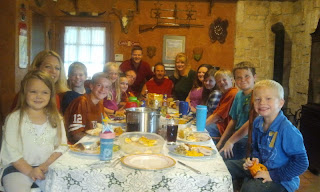 We wish everyone a very safe and memorable Thanksgiving and Holiday season!


Jason
Posted by Unknown at 1:53 PM No comments:

Well it was an exciting close to our 2011 football season in the Atchley household! Austin's 8th grade team finished strong with Aus having several passes broken up (PBUs) from his free safety position and catching a pass in the last game of the season against their biggest rival! He had an outstanding season!  Travis's 6th grade team made it to the CenTex championship and had a wonderful season! Travis caught two passes, intercepted two passes and ran the ball several times! He had an amazing season at corner and receiver! I was sad to see it end but happy that it happened! I am proud of my boys!!!
Posted by Unknown at 1:47 PM No comments: